The credit card dispute process can be confusing…but if you’re reading this, you probably already know that.

Current chargeback protocol is based on decades of technology updates, rule changes, and increasingly-complex regulations...all built onto a system created nearly a half-century ago. On top of all that, we must account for changes based on card scheme, reason code, and countless other variables.

Even when rule updates like Visa Claims Resolution (VCR) or the Mastercard Dispute Resolution Initiative (MDRI) are meant to simplify processes, we can still see unintended consequences and confusion. Card scheme process changes make it difficult for most merchants to keep up with the current policies. With that in mind, let’s look at the basic process for Visa and Mastercard disputes, see how they’re alike…and where they differ. 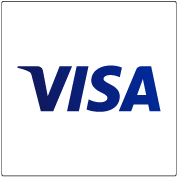 First, let’s quickly go over the Visa chargeback process. As mentioned above, the life cycle of the Visa dispute underwent considerable changes with Visa Claims Resolution adoption. The biggest changes we saw with VCR were the revamp of the Visa chargeback reason code list, and the introduction of the Allocation and Collaboration workflows.

When a customer files a dispute, the incident will be sent through the Allocation workflow if the dispute is assigned to either the “Fraud” or “Authorization” dispute categories. These include the following reason codes:

In contrast, the dispute will be sent through the Collaboration workflow if filed with any of these reason codes:

Beyond VCR: Surveying the Impact of Visa Claims Resolution

We asked a wide range of merchants about the effects they are seeing from Visa's VCR initiative. Download your copy of our report to see what our research uncovered.

With the Allocation workflow, Visa examines the case and automatically assigns liability to the party responsible. For example, if a merchant submits a transaction without securing authorization, the resulting dispute will be labeled with reason code 11.3 (No Authorization), and liability will automatically go the merchant. A Collaboration dispute, though, happens much like the pre-VCR chargeback representment process: 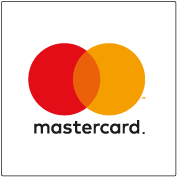 Like Visa, Mastercard also introduced changes to their credit card dispute process in recent months. The Mastercard Dispute Resolution Initiative rollout process began in October 2018 and is now projected to last until April 2020.

Despite the changes brought with MDR, however, the bulk of the Mastercard chargeback process remains the same.

Mastercard Changes: Navigating the Chargeback Rule Changes in 2019 and Beyond

Like Visa with 2018’s VCR, Mastercard is implementing sweeping changes to its chargeback and dispute systems. Download our whitepaper to learn what changes are coming, and how to prepare.

You’ll notice the credit card dispute processes for the two schemes have many similarities, at least in a general sense. There are different names for stages and different tools and technologies associated with one brand or another, but ultimately much of the process is the same across Visa and Mastercard.

That said, the chargeback process does have some glaring differences from one card scheme to the next. For example, consider that Visa and Mastercard have two completely different reason codes lists. Many have direct parallels with a different code, but others do not closely translate to a valid reason code on the other company’s reason code list.

There can be other differences between the two as well. Below are just a few examples of how the dispute process may vary:

As in-depth and extensive as chargeback rules may be, there are still elements of the process that are completely subjective. For instance, it’s hard to deny that issuing banks have an incentive to keep their cardholders happy. At the same time, issuers are the ones who review your second presentment and decide whether to accept it and overturn a chargeback, or reject it and side with the cardholder. Thus, you’re fighting an uphill battle when you try to refute a customer’s claim during a dispute.

Despite similarities between card scheme processes, the differences still cause a lot of confusion. Chargeback mediation would be a much simpler prospect if merchants only needed to master one set of rules and practices. That’s where standardization comes in.

The payments industry needs to come together to develop a system of universal chargeback rules and practices, one adaptable to a wide range of situations across different card schemes. Until this happens, the chargeback issue isn’t going to get any simpler.

Have trouble keeping up with chargeback rule changes and policy updates? Have additional questions about the credit card dispute process for Visa, Mastercard, or another card scheme? Click below and talk to one of our experts today.