A comprehensive guide explaining how Mastercard chargebacks work, when and how to challenge them, and ways to make the process work in your favor.

Mastercard Dispute Resolution: What You Need to Know

Here's the Rundown on Mastercard Chargeback Fees for 2023

What is the Mastercard Chargeback Threshold?

There were roughly 1.3 billion Mastercard-branded payment cards in circulation at the end of 2021. This makes Mastercard the second-largest card brand in the world by card volume. With that many users, an occasional bad transaction is almost inevitable.

The US government anticipated that, and created federal mandates to protect consumers from unfair charges via the chargeback process. At the same time, there are also mechanisms in place to let merchants fight unfair chargebacks.

This can all get very confusing, very quickly. The law allows each card scheme to set its own specific requirements and parameters, so the rules vary by brand. In other words: contesting a Mastercard chargeback is completely different from fighting a Visa dispute.

How Do Mastercard Chargebacks Work?

If a Mastercard user feels they have an invalid charge on their monthly statement, they should call the merchant directly. More often than not, however, their first move is to call the bank and file a chargeback, which is essentially a forced refund.

The Mastercard chargeback process is similar to the process used by other card brands. The cardholder has a complaint and contacts the bank that issued the credit card. If the issuer feels the claim is valid, it will remove the transaction amount from the merchant’s account and return it to the cardholder.

That could be the end of it. But as we said, the merchant also has the right to contest the cardholder’s claim and ask the bank to reverse the chargeback. This is a process called “representment” (more on that later).

Those are the basic steps, but as the saying goes, the devil is in the details. So, let’s look more closely at the Mastercard chargeback cycle.

Mastercard chargeback rules can change at any time.

While this article reflects the most current information available, merchants should consult the latest edition of the Mastercard Chargeback Guide to ensure compliance. 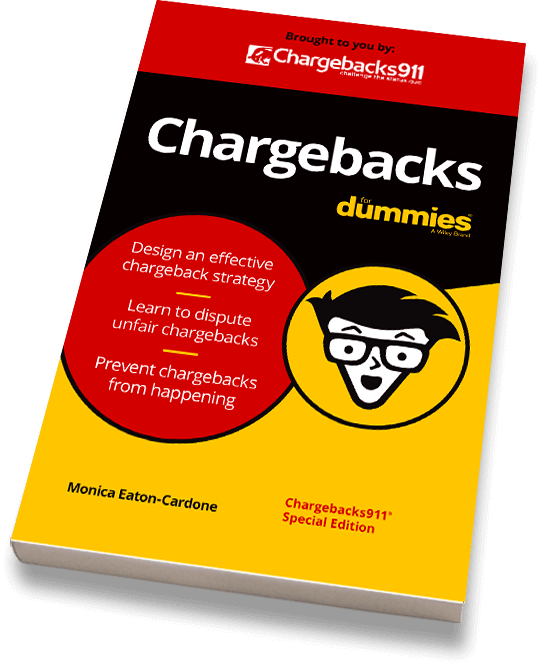 Send me my Free Paperback Book!

What is the Mastercard Chargeback Process?

Even the most basic chargeback process has multiple stages. It helps to understand what happens at each of these stages. The following list also points out Mastercard’s terminology, which differs from other card networks like Visa and Discover.

Previously, banks had the ability to request more information from merchants before initiating a chargeback (this is called a "retrieval request"). This would have been carried out after the first presentment, but before the first chargeback. This option is no longer available, though. All pre-chargeback requests for more information are done only through the "collaboration" workflow.

Is There a Fee for a Mastercard Chargeback?

Every chargeback involves additional back-and-forth between banks and card networks. This extra activity costs money, which is passed onto the merchant in the form of Mastercard chargeback fees.

In addition to the loss of merchandise and sales revenue, each Mastercard chargeback includes various administration fees.

There can be multiple fees attached to each case, depending on the circumstances. These fees add up quickly. That’s not the worst of it, though; merchants who choose to fight a chargeback could face additional fees. These fees will add up as the Mastercard chargeback process drags on.

Not all fees will apply in every situation, of course. Administrative fees and appeal fees would only be applicable if the chargeback advances to arbitration. Other fees, like the Mastercard Dispute Administration Fee, will apply to chargebacks filed in response to intra- and inter-European transactions.

Regardless, even a few chargebacks are enough to impact a merchant's bottom line. Mastercard may assess these fees to issuers and acquirers, but the costs are often passed on to merchants.

Are There Time Limits on Mastercard Chargebacks?

When consumers ask how long a Mastercard dispute will take, they’re probably only thinking of their refund. In reality, there is an entire list of different time limits and deadlines to consider.

It’s in everyone’s best interest to settle disputes as quickly as possible. Hard deadlines are attached to nearly every step of the process. These deadlines will vary based on several factors, though, including the reason the chargeback was filed.

That’s important; like other networks, Mastercard has its own set of reason codes. The issuing bank assigns each case a code according to the consumer’s claim, and the merchant must adhere to the time limits for that specific code.

The chargeback filing period for cardholders is usually 120 days. In some cases it can be upwards of 540 days, though, depending on the reason code. That means merchants can receive chargebacks on sales that were completed more than a year ago.

But, while cardholders have a lengthy window of time to file chargebacks, banks and merchants don't have that luxury:

Issuer Time Limits
Customer deals directly with merchant
To pursue arbitration, the issuer must wait at least 30 days but not more than 75 days after the second presentment
Merchant Time Limits
45 days to challenge a chargeback (2nd presentment)
30 days to accept pre-arbitration
Chargebacks cost you more than you realize.
We can take them off your plate and increase your ROI.

It’s also important to note that merchant time frames can be misleading. This is because all responses must go through the acquiring bank before reaching the issuer.

The acquirer acts as the middleman and has various responsibilities before and after the merchant’s involvement. To ensure they make their own deadlines, the bank may give the merchant as few as five days to prepare a response.

Should Merchants Fight All Mastercard Chargebacks?

No. Merchants should absolutely not fight chargebacks resulting from genuine criminal fraud or errors on the merchant’s part. However, there are many cases in which the merchant should engage in Mastercard chargeback representment.

Our data suggests that roughly six in ten chargebacks issued by banks are possible cases of friendly fraud. These are unwarranted disputes filed by actual cardholders, either accidentally or with deliberate intent.

All fraudulent Mastercard chargebacks should be challenged through representment. The merchant recovers funds, and consumers learn that filing a bogus claim has consequences.

We spoke earlier of the different phases involved in a Mastercard chargeback leading up to chargeback representment. Now, though, let’s examine the representment process itself:

As noted above, the case could move on to Mastercard arbitration. Unless the transaction amount is relatively high, however, the merchant will usually lose more by continuing to fight the dispute.

Do merchants get notified about pending chargebacks?

Merchants do get notifications about chargebacks. However, acquirers don’t always send notifications in a timely manner. Often, merchants first learn of a chargeback when they notice the money missing from their account.

Are There Consequences for Excessive Chargebacks?

Many merchants feel that fighting illegitimate chargebacks is simply never worth the time and effort. They’re wrong, though; there’s a lot more at stake than just the funds from one transaction.

The Mastercard Excessive Chargeback Program was created to help merchants implement better chargeback management strategies. Of course, it does this by penalizing merchants who see high chargeback rates.

Merchants with excessive chargebacks are considered high risk, meaning they’ll have to work with a high-risk merchant account and/or processor. This translates to higher fees and stricter contracts.

All the major card networks publish guidelines for their brands. To be successful, merchants need to familiarize themselves with each network’s requirements and best practices.

Mastercard updates its chargeback regulations regularly. Major updates are typically released in April and October, but smaller adjustments can be published at any time. Regularly checking for new versions of the guide is the only real way to stay on top of requirements. 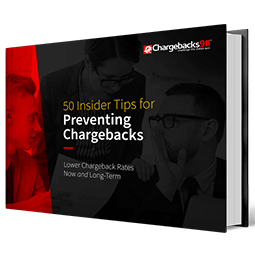 Save time and protect your revenue with more insider tips and strategies for chargeback prevention. This FREE guide details 50 techniques for shutting down chargebacks before they happen.

Maintaining compliance and successfully managing chargebacks is tedious and time-consuming. There are two ways merchants can approach this:

True chargeback professionals have the knowledge, resources, and industry relationships necessary to stay on top of ever-changing threats and updated regulations. They’ll also bring the experience to quickly and efficiently handle disputes.

The experts at Chargebacks911 have been helping merchants manage chargebacks for over a decade. If you’re struggling with chargebacks from Mastercard or any other source, we can help you lower your ratio and up your ROI. For a free demo, contact us today.

Share this Article
URL copied to clipboard!
Copy the link

Here's the Rundown on Mastercard Chargeback Fees for 2023

Mastercard Chargebacks
Load More Articles
Ready to get started?
We Take the Guesswork Out of Chargeback Management
Request a Demo