At this point, it's safe to call "blockchain" the industry buzzword of the year.

In less than a decade, blockchain technology grew from an obscure experiment into the hottest topic in the payments industry. The problem is that many people still have trouble wrapping their minds around the concept.

Let’s take this opportunity for a quick overview to spell-out the ABCs of blockchain technology: what it entails, what the tool offers, and why you should care.

A. What is Blockchain?

Blockchain is a peer-to-peer distributed network, and is the core technology behind cryptocurrencies like bitcoin. It sounds complicated, but it helps to think of blockchain as a kind of open-source, digital ledger like Google Sheets. The same spreadsheet is shared with everyone in the chain and any computer running the software can access that ledger and record a transaction. The record is constantly updated live to reflect new transactions, and any transaction is verifiable in the public record. There’s no need to send two different copies of a record back and forth and try to reconcile them; the blockchain updates the same, universal record.

B. How Does Blockchain Work?

A “block” is a package of recorded data. As the name suggests, a blockchain is composed of these data blocks stacked on top of one another in a continuous, ever-growing record.

Each entry must be agreed and reconciled by at least a 51% majority of computers participating in the chain to prevent issues like duplicate entries and double spending.

Once a transaction is agreed upon, it becomes a permanent and irreversible part of the blockchain. No entry can be reversed without the consensus of participating nodes, as it will completely rewrite the history of the chain beyond that point.

C. What Are Some Possible Applications for Blockchain?

Blockchain is best known for its association with cryptocurrency, but economists, financiers, and other theorists have advanced many other potential uses for this technology.

Blockchain may help eliminate complicated, centralized data storage and transfer methods in tracking digital assets, stock trading, data verification, and medical records keeping. The industry in which we’ve seen the most interest so far is in payments. Several banks are now exploring blockchain as a replacement for traditional automatic clearinghouse (ACH) banking.

D. How is Blockchain Banking an Improvement?

Because all entities in the chain are updating the same record, they don’t need to worry about coordinating, synchronizing, and double-checking each other’s work. It’s a much faster and more efficient process, and is less error-prone than ACH record keeping. This saves time and money for banks and detangles complex legal regulations.

Ready for the Move to Blockchain?

Blockchain would provide a few advantages for consumers if widely adopted by the payments industry. The benefit consumers would likely notice most is instant payments clearing.

Under the current system, it can take several business days before payments are cleared by banks because of the complexities inherent in the ACH system. Blockchain eliminates the back-and-forth clearing process, allowing payment clearing to happen in seconds. This could also be perceived as a negative by some, though. Consumers often make payments knowing that they do not have the funds on hand, but expect the clearing process to take several days. Blockchain’s immediacy would make this impossible.

With all the layers involved in ACH payments, there is also a much higher chance of error. Moving to blockchain would not just be faster, it could also prevent errors resulting from improperly-cleared payments or miscommunication between parties.

Because blockchain payments are much simpler than traditional payments, they would call for much simpler regulation. This would allow for the federal government to scale-back their regulatory infrastructure.

Financial institutions of all kinds would be able to reduce how much time and money they invest in compliance. This would allow for a much more efficient, lean payments industry overall.

G. Does Blockchain Have Any Impact on Fraud?

Because blockchain is a live, permanent record, any asset transfer can be verified at any time. Fraudsters rely on complexities in payments to hide their activities. Blockchain makes it much more difficult for a criminal to carry out fraud and simply vanish into the ether.

Criminals hoping to steal customer data also rely on identifying vulnerabilities inherent in these complex security systems. Because of blockchain’s decentralized nature, though, it can be much more difficult for criminals to find and exploit those weak points.

It would certainly have an impact. Blockchain makes it easier to recall transaction information, which is important to the chargeback representment process. But even more than that, it could mean that the concept of a chargeback would need to be redefined from the ground-up depending on how the technology is deployed.

Blockchain transactions are not reversible in the same way as ACH payments. Therefore, chargebacks would not work in a system built around blockchain.

It’s also important to remember that chargebacks do fulfill a valid purpose as a form of consumer protection. But the decades-old industry regulations that govern chargebacks would need to be scrapped and taken back to the drawing board.

I. Is Blockchain Foolproof?

Perhaps the most feared blockchain vulnerability is what’s called a “51% attack”—a theoretical cyber-attack in which a group works together to claim a 51% majority of the network’s computing power. The attackers could then use their majority consensus to block new transactions or reverse older ones. It’s “theoretical” because while it is possible to pull-off, a 51% attack has never actually been carried out.

In addition, there is also the infamous Bitfinex hack that occurred in August 2016. Hackers broke into the Bitfinex bitcoin exchange and made-off with $60 million worth of bitcoins stolen from users. Because the transactions were non-reversible, the only way to compensate customers was to offer credit that the business could gradually reimburse to users.

These are just two examples, but there are several vulnerabilities for blockchain technology, and more will undoubtedly be discovered in time.

J. Are There Any Obstacles to Adoption?

While a new blockchain wouldn’t be hard to build, retrofitting it to work in a system created around ACH payments is a challenge. Regulatory uncertainty is a persistent problem for blockchain technology. Then there's the matter of integration with existing systems from legacy ACH infrastructure to even consumer-facing elements like card-linked marketing.

Another issue is cost; while blockchain would save a lot in the long run, there would be a very high initial cost of adoption to convert from ACH clearing. Add to that the lingering concerns over security and general skepticism regarding any major technological change, and it could be a while before we see banks fully embrace blockchain on a large scale.

K. Are Any Banks Currently Using the Technology? 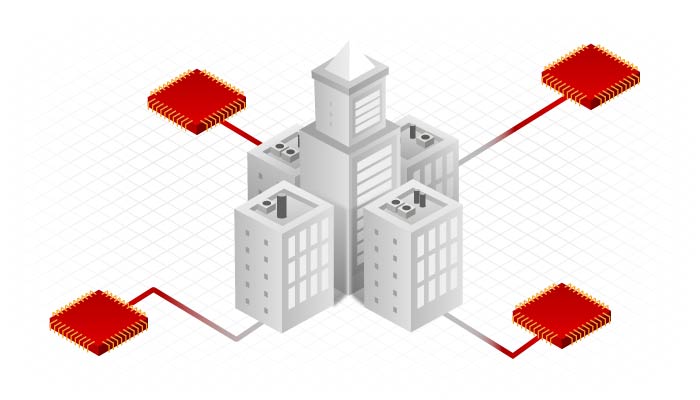 Several are in the process of adopting blockchain as of July 2017. It’s still more of an experimental stage, but is definite progress toward wider blockchain use.

IBM announced they were in the process building a blockchain for use by seven of Europe’s largest banks including Deutsche Bank and HSBC. JP Morgan Chase announced that they were considering the technology as well, so it’s only a matter of time.

Back in 2016, a report from IBM projected that 15% of banks around the world were looking to implement blockchain by the end of 2017. Their projection states that by 2021, two-thirds of all banks will be using the technology in some capacity, even if it is still in conjunction with legacy systems.

Have a more specific question regarding payments and finance’s blockchain-enabled future? Pose your question directly to the experts.