Protect Your Merchant ID…Your Business Depends on It.

Do you know where to find your merchant ID (or MID)? It’s a simple little code, but your merchant identification number is an extremely important part of any transaction.

Ever wondered how the funds from a transaction make it from the cardholder’s bank to your merchant account? How do all the different players involved make sure that the money ends up in the right place? Your MID plays a critical role in that reconciliation process.

What is a Merchant ID?

A merchant ID is a unique code provided to merchants by their payment processor. Often abbreviated as MID, this code is transmitted along with cardholder information to involved parties for transaction reconciliation. The MID can help identify a merchant when communicating with their processor and other parties..

As a merchant, you'll receive a MID when you open a merchant account with an acquiring bank. Before you can get a merchant ID, though, you'll need to verify your business. This involves documentation such as a Taxpayer Identification Number, names of the principal owners, and other relevant information. In some cases, ISOs (independent sales organizations) serve as a bridge between the merchant and acquirer, thereby playing a role in MID acquisition, as well.

You don’t get a MID if you’re working a with service like Square and PayPal to process payments, as you don’t need a formal merchant account to use them. If you work with a standard merchant acquirer to accept payments, though, you should have a MID. Not sure where to find it? This resource can help.

In the hands of a fraudster, your MID could be used to run illegitimate transactions, so plan to do everything you can to keep your merchant identification number secure. If a third party ever needs to review your processing statement, for example, it’s a smart idea to black out the MID before copying or faxing any information. 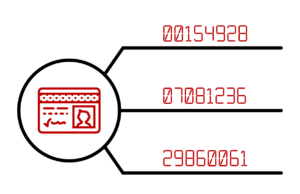 Can I Have Multiple MIDs?

To explain this, first let’s distinguish between a MID and a TID.

So…why do some merchants have multiple different MIDs, you ask? Generally, it’s for accounting purposes: businesses with different sales channels like restaurants, hotels, and multichannel retail often have unique MIDs for different revenue streams. This helps separate and track where different revenue comes from. As mentioned before, though, most businesses will only need one MID.

Can I Lose My MID?

Again…the short answer is “yes.” The most common reason businesses lose their merchant identification number is excessive chargebacks. Before we dive into that, however, it’s important to distinguish between a hold and the more serious, long-term actions that can be taken against your account. 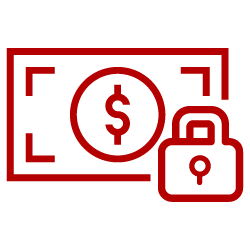 This describes the process that allows your processor to withhold a portion of transaction funds. This can be done for a variety of reasons; suspicious account activity is a common trigger, as is a sudden spike in chargeback volume. 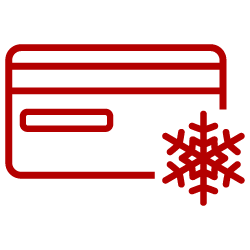 Even with a hold on your account, you’ll still typically be able to accept new transactions. That’s not the case if your processor puts a freeze on your merchant ID.

A processing freeze occurs when your processor temporarily shuts down your ability to accept card payments. This can happen if your chargeback ratio gets too close to the chargeback threshold outlined by the card scheme.

That’s a serious setback for brick-and-mortar sellers; they’ll essentially be limited to cash transactions while the freeze is in place. It’s a life-or-death matter for eCommerce merchants, though, as you have very few options available without credit or debit sales. You could accept payments via PayPal…but that’s about it while a processing freeze is in place.

Is Your MID at Risk?

Click here & learn how you can protect your business. 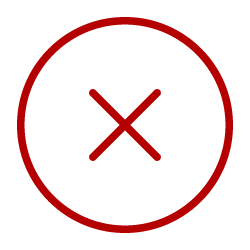 As dangerous as a freeze is, at least there’s the prospect that it will eventually end. Not so with termination, unfortunately.

This is a pretty simple idea: your processor or acquirer sees you as more of a risk than an asset, so they cancel your merchant ID and close your account. This can be because of a clear or flagrant violation of the bank’s terms of service. More often, though, it’s because your chargeback ratio is consistently over the limit. You’re seeing regular, sustained chargeback activity above what the card scheme says is acceptable, and the bank refuses to cover for you any longer.

If this happens, you’ll have to switch over to a high-risk processor, which means higher fees and more restrictions. That’s assuming your business survives, as you can’t accept any cards until you get a MID with a new processor and acquirer.

How Can I Protect My MID?

Chargebacks are the biggest threat to your merchant ID. That means the key to protecting your MID—and by extension, your entire business—is controlling chargebacks.

You have numerous tools at your disposal to prevent chargebacks due to criminal fraud, including:

That makes it sound rather simple, but the fact is, chargeback sources are extremely difficult to identify. Our research shows that most chargebacks can ultimately be traced to friendly fraud, which relies on passing as a legitimate transaction. If you’re going to stop chargebacks and protect your MID, you’ll need a more comprehensive approach.

Want to ensure your merchant ID against friendly fraud, merchant error, and criminal fraud chargebacks? Click below and get started today.