Bitcoin: What Merchants Need to Know

Bitcoin has been a hot topic of conversation in the payments industry for several years. However, doubt and uncertainty remain. Should a business accept Bitcoin? What’s at stake? What does the merchant stand to gain?

An Introduction to Cryptocurrency 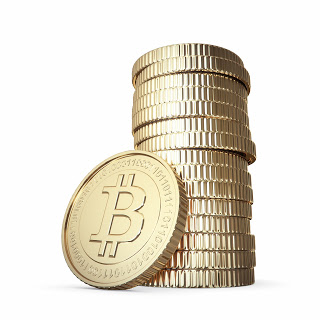 It’s hard not to have heard of Bitcoin by this point.

The digital cryptocurrency made the news back in 2013, when the exchange rate hit an all-time high of $1,242 USD. Since then, movements for more widespread acceptance in eCommerce, as well as brick-and-mortar stores, have gained ground. Plenty of merchants feel the pressure to get into the cryptocurrency market, now more than ever.

How Bitcoin Can Benefit Merchants

There’s no denying that this famous cryptocurrency has some definite benefits for merchants. For instance, accepting a wider range of currencies can open up your consumer base to a share of the population who might prefer to deal in that currency. Similarly, accepting it can give you more of a savvy, “forward-thinking” image that appeals to millennial consumers.

However, perhaps the most striking benefit to accepting Bitcoin is that it can lower your chargeback rates.

How Bitcoin Can Harm Merchants

Although Bitcoins are not susceptible to friendly fraud, by far the fastest-growing form of internet fraud, they still present other risks and hassles to merchants. The greatest of these threats is the value of Bitcoins themselves. 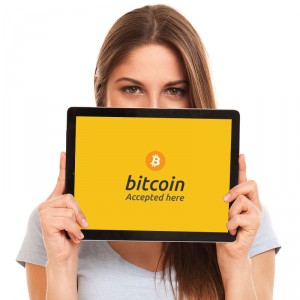 Bitcoins are what can be considered a “speculator’s currency.” A person’s investment in Bitcoin basically amounts to a bet that the value of that Bitcoin will either remain the same or increase. At the same time, there is a finite number of Bitcoins in existence—21 million, to be exact. The value of those Bitcoins is determined solely by what people are willing to trade for them, which can lead to wild volatility.

For example, the currency’s value fluctuated radically over the course of just a few months in 2013, bottoming out around $70, then shooting up to its $1,242 high, before finally settling around the $400 range. While the exchange rate hasn’t seen such volatility intensity since early 2014, there is still the prospect of the market bottoming out. If this happened suddenly, it would leave lots of hapless merchants stuck with Bitcoins worth much less than when they accepted them.

While you can accept Bitcoin and then quickly turn around and exchange them, this does involve a few extra steps and a bit of hassle to finally get the money for a sale. First, there are only two ways to convert Bitcoins into more commonly used currencies like USD or Euros—paying a service to convert them, or selling them first-hand on a digital market.

Services like Coinify or Bitcoinpay offer to exchange your Bitcoins for some other currency, with costs typically representing between 0.5-2% of the amount transferred. In order to avoid paying these fees, you might instead choose to exchange them on a P2P market such as LocalBitcoins, though this can be time-consuming and does not necessarily guarantee any savings.

What are the pros and cons of accepting #Bitcoin? Does it save revenue…or lose more money?

Is It Easy to Accept Bitcoin?

The addition of Bitcoin as a payment option can be easy, depending on the structure of your business.

For example, there are phone and tablet-based wallet apps allowing for Bitcoin transactions via QR codes. This option is most convenient for independent card-present merchants who might already be relying on mobile technology such as a Square Reader in order to process payment cards.

For eCommerce merchants or brick-and-mortar operations equipped with a POS terminal, there are numerous different Bitcoin-dedicated processors who can work with your existing systems.

While it may not be difficult to accept Bitcoins, there are still extra costs involved in processing these transactions. Ultimately you, as a merchant, have to weigh the costs and benefits of dealing in Bitcoins.

Using Bitcoin as a Revenue Booster, Not Chargeback Preventer

Merchants who are considering accepting Bitcoin should do so as an addition to traditional payment cards—not as a replacement. This provides the opportunity to earn more revenue, funds that would have otherwise been lost to anyone seeking cryptocurrency-only purchases.

However, merchants considering the acceptance of Bitcoin primarily as a way to reduce chargebacks should consider other options first, such as Chargebacks911®.

It’s true that Bitcoin transactions aren’t eligible for chargebacks and merchants would, therefore, avoid such things as chargeback fees, reputational damage, and more. However, using Bitcoin as a chargeback prevention tool simply addresses the symptoms, not the actual problems the merchant is experiencing.

From a longevity perspective, it is far better to identify and address the underlying issues.

Our patented technology, Intelligent Source Detection™, is the only product on the market today that is capable of identifying the true source of chargebacks. This enables merchants to pinpoint specific threats and create effective prevention strategies.

With ISD, merchants don’t need to use Bitcoin as a chargeback prevention tool; our capabilities will minimize risk in a more economical, efficient, and long-lasting way.

Contact Chargebacks911 today and we’ll conduct a free ROI analysis, showing you how much you stand to gain by simply managing your risk instead of trying to hide it with Bitcoin.