Are There Consequences for Filing False Chargebacks?

When cardholders fall victim to fraud or abuse, they can turn to the chargeback process to recover their funds. But what happens when consumers start abusing the system by filing false credit card dispute claims? Are the any consequences for submitting frivolous chargebacks?

In this article we're going to break down the payment dispute process, discuss the impact of chargeback fraud and answer the question: Can you go to jail for disputing charges? 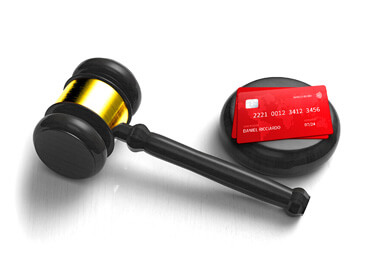 Chargebacks are resolved through what is called a “litigation-based” process.

First, a customer files a claim with the bank who issued the payment card, alleging some kind of wrongdoing. This could be a case of card fraud, in which a criminal uses the customer’s credit or debit card without authorization. Or, the customer might claim that the merchant made false promises, and the goods or service provided didn’t live up to the seller’s description.

The bank examines the cardholder’s claim and—if the claim seems reasonable—issues a chargeback to undo the transaction and recover the cardholder’s money. Merchants, if they believe a customer’s claim is invalid, can fight back, using a process known as representment.

When chargebacks work as intended, they serve as an important consumer protection mechanism. Chargebacks give cardholders a way to recover their money if they become victims of fraud or deceitful merchant practices. Unfortunately, the system is subject to abuse.

The Chargeback Process Works, but ...

As we showed above, the issuing bank is the one who reviews each chargeback case to determine responsibility. So, if we think of chargebacks like a courtroom trial, then the issuer is essentially the judge and jury.

At the same time, issuers represent cardholders, and have an incentive to keep their customers happy. In that way, they’re also like the prosecutor of the case.

In a criminal jury trial, the burden of proof falls on the prosecutor: the accuser must establish guilt beyond a reasonable doubt. In a chargeback, however, the burden of proof is on the merchant—the accused, in this context. In other words, because of the way the chargeback process works, merchants are guilty until proven innocent.

Turn the Tables on Friendly Fraud

Friendly fraud chargebacks impacting your business? Find out now how to make those disputes history.

Here’s the truth: when it comes to expectations placed on cardholders in these situations, the bar is set remarkably low. The entire chargeback process creates an environment that actually encourages consumers to file false credit card dispute cases. As a result, we now have a rapidly escalating problem with this so-called “friendly fraud.”

Friendly fraud describes any situation in which a cardholder files a chargeback without justification. That could be a genuine misunderstanding, or it could be a deliberate scam to defraud a merchant through cyber shoplifting. Either way, the end result is the same: the merchant loses revenue and merchandise, plus sees added fees, higher costs, and other long-term threats to the business.

So, friendly fraud carries obvious consequences for merchants. However, there are negative ramifications for banks and consumers, too.

Let’s take it back to the legal analogy discussed earlier. In a courtroom setting, there are consequences for falsifying testimony. Those who make false claims under oath could face fines or even jailtime, depending on the severity of the case.

Consumers who file frivolous chargebacks don’t typically get hit with those kinds of penalties. One wouldn’t end up behind bars for committing friendly fraud (unless it’s a particularly audacious and sustained case). However, buyers could see some consequences for filing false chargebacks, even with a low-dollar value.

If they file a dispute, consumers could face:

Consumers who file a dispute may get added to a chargeback black list by the merchant, prohibiting that customer from conducting future purchases. This would be a problem if the customer is a regular user of the merchant’s services. Sony, for example, bans users from the Playstation Network if they file a chargeback. The rationale is that the account is either: 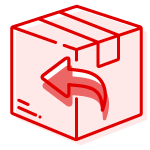 Let’s say a consumer experiences buyer’s remorse over a purchase. The buyer should work through the proper channels by submitting a merchant return; instead, the individual files a chargeback, believing it will be faster and easier. The buyer has just committed friendly fraud as a matter of convenience. If the merchant disputes the chargeback and wins, however, the customer will have no further way to recover the money. Before, the buyer could have simply requested a return from the merchant and had the money refunded. However, the merchant will probably refuse to accept a return now that the cardholder’s been busted for filing false credit card dispute claims; there’s not much that can be done about it at that point.

When a bank files a chargeback on behalf of a customer, the bank is, in essence, vouching for the chargeback claim. The bank dedicates their resources to recovering the customer’s money, believing that the individual is a victim, and deserves to be compensated. If buyers are caught committing friendly fraud, though, the bank will start seeing them less as victims, and more as a potential future liability. If that’s the case, it makes more sense for the issuer to simply close the account in question, leaving the cardholder without a bank at which to conduct business. 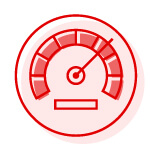 Credit reporting agencies are likely to notice if a consumer loses banking privileges. An individual’s credit score is based on many factors, including both the total lines of credit available at any time, and the ratio of used-to-available credit (called a credit utilization ratio). If a consumer’s credit account is closed due to friendly fraud activity, that will negatively impact the person’s credit utilization ratio. As a result, his or her credit score will drop precipitously.

The System Is Broken

Of course, only a small number of consumers complete purchases with the intent of filing a chargeback later. Most are simply confused about when—or if—they’re entitled to dispute transactions. Furthermore, consumers know even less about the consequences of committing friendly fraud, whether intentionally or not.

None of the above consequences are stipulated by law. The Fair Credit Billing Act of 1974 and other chargeback laws stipulate that consumers need a way to dispute claims. However, the laws mostly leave it up to the banks and card schemes to work out the specifics.