Are Partial Chargebacks Different From Other Disputes?

A partial chargeback (or chargeback partial refund) refers to a chargeback that returns less than the full amount of a disputed transaction. For example, let’s say a cardholder is unhappy with one piece of a larger purchase. One of two things could happen:

Neither situation is common, but they can happen. So is there a special way to respond to a partial chargeback? If the customer has a legitimate claim on part of the order, should you offer a decreased refund?

Let’s take a closer look at the circumstances behind the partial chargeback.

What is Considered a Partial Chargeback?

Cardholders have the right to file a chargeback if they’re dissatisfied with a purchase. Officially, that customer should contact you first to try and resolve the conflict. For numerous reasons, however, an increasing number of consumers are skipping that step and going straight to the issuing bank.

If the customer has a problem with the entire order, they can dispute the full amount of a transaction. But what if they are only dissatisfied with one part of a purchase? The cardholder may tell the issuing bank that, for example, 3 out of 4 items purchased were fine. They only wish to dispute the amount paid for that one item. This is a partial chargeback.

Why might a consumer opt to file a partial chargeback, though? Here are some possible scenarios to illustrate:

How Common are Partial Chargebacks?

Partial chargebacks are not very common. There are several reasons for this; first, note that in all the examples above, the customer is generally happy with the order. They’re willing to pay what they owe…they just don’t want to pay for items or services that were unsatisfactory.

Customers who are overall happy are more apt to contact you instead of immediately calling the bank. If they do call the bank first, it may be because they are not totally familiar with the chargeback process. For example, they may (falsely) believe that a chargeback is the same as a refund. Also, if the cardholder doesn’t understand how chargebacks work, they may not even know that asking for a chargeback partial refund is an option.

Customers who are happy with their order overall are more apt to contact you instead of immediately calling the bank.

Of course, in a growing number of cases, the consumer is attempting to commit friendly fraud by filing a false claim. A fraudster would have no reason to ask for a partial refund. They would want to get as much money back as possible.

Those situations aside, however, a customer is still allowed to file a chargeback on a partial amount. Regardless of the total, this would be treated just like any other dispute: if the cardholder’s claim is legitimate, you must accept the chargeback. If the claim is false, though, you should challenge the claim through representment.

Partial Chargebacks From the Merchant Perspective

Here’s an example. You operate a subscription software company. A new customer signs up and pays for a year in advance. After several weeks, you receive a chargeback where the customer claimed that the service never really worked. The customer never used it, and therefore wants a refund for the full amount paid.

Even Partial Chargebacks Will Impact Your Bottom Line.

Full or partial, we can take ALL chargebacks off your plate and up your ROI. Click to learn more.

Your computer records, however, clearly show that the customer accessed the server multiple times during the disputed period, with apparently no problems or support issues. Because of that, you feel the customer only deserves a refund for the time remaining in the contract.

You’re allowed to contest just this lesser amount. You will still need to create a rebuttal letter and provide compelling evidence, of course; you fight the reduced chargeback just as if you were fighting the full amount.

The bottom line: you have the right to offer a lesser refund. But should you?

The Downside of Offering Less

Submitting a lower representment amount might seem like a viable way to keep a customer happy. After all, you’re meeting the cardholder half way and offering a mutually-beneficial resolution. There are some things to consider before you offer a partial refund, though. 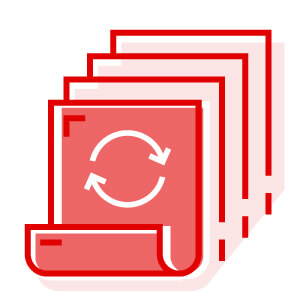 You can fight a chargeback through representment. However, the issuing bank still has the option of filing a second chargeback, also known as a pre-arbitration chargeback. A second chargeback is used when a cardholder has reason to continue disputing their claim. For example, they may produce new evidence that supports their allegations.

The time, money, and energy you put into your rebuttal will have been wasted if this happens. Even worse, the work will have to be done all over in response to any changes or new information.

If you only contest a portion of the original chargeback amount, a second chargeback will drive up cost for a process that had limited ROI to begin with. 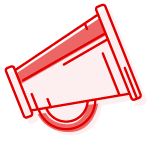 When it comes to customer disputes, merchants are considered “guilty until proven innocent.” Inaction on your part is like pleading “no contest” in a court of law. And every time you don’t challenge illegitimate chargebacks, the perception gets further solidified in the minds of bank officials.

That makes it more reasonable for people to think “Well, they were guilty last time; there's a good chance they’re guilty again.” Even subconsciously, these thoughts continually chip away at your reputation, paving the way for more chargebacks. These, of course, only serve to damage your reputation even more.

When you respond with a representment amount that is lower than chargeback amount, you’re more or less telling the bank “Yes, this was (partially) my fault.” 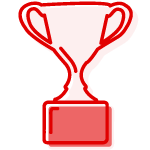 You May Have Already Won

The best reason for not offering a partial chargeback amount is simple: If you have compelling evidence that at least part of the chargeback is unwarranted, you’ve got a better-than-average chance of winning a reversal.

Card network regulations say a chargeback should be filed for the disputed amount only. If the issuer or cardholder files a claim for the entire transaction amount, offering a partial refund is pointless. Even though only part of the claim was accurate, the cardholder/issuer did not process the chargeback for the correct amount. It’s a technicality that could get the entire case dismissed.

Say you ship an order for two shirts; one was the correct color, the other was not. The customer may ask for a partial refund, which would be hard to re-present. You could counter with a refund for just the incorrect item. However, one of it changes the fact that the dispute actually started because you shipped the wrong shirt.

Here’s the good news, though: chargebacks from merchant error are 100% avoidable…if you can identify them. Most merchants, however, are too close to their business to perform the type of unbiased analysis required to find every potential chargeback trigger.

Chargebacks911® offers an unparalleled Merchant Compliance Review specifically designed to scrutinize over 100 separate points of the merchant’s policies and procedures, delivering a comprehensive, actionable report. If you’re interested in learning more about eliminating merchant-error chargebacks for good, contact us today.

What is a partial chargeback?

A partial chargeback refers to a chargeback that returns only a portion of a disputed transaction. This is generally because the cardholder is dissatisfied with only part of an order, and wants a refund just for that amount.

Can you dispute a partial charge on your credit card?

Can I fight a partial chargeback as a merchant?

Yes. Challenging a partial chargeback works just like contesting any other chargeback. The only difference is the amount being disputed.

If the cardholder disputes the entire amount, can I offer less?

You can, if you can demonstrate that the cardholder was satisfied with part of the purchase. It’s generally not a smart idea, however; if you can prove that the customer only deserves a partial refund, it usually means the chargeback was filed for the wrong amount, and may have to be reversed.