Twitter Offers Insight into the Ubiquity of Chargeback Fraud

Twitter Users Demonstrate the Prevalence and Ease of Chargeback Fraud 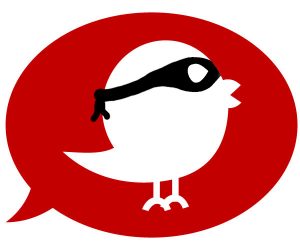 Chargeback fraud certainly isn’t a new threat; it’s been the plight of eCommerce for years. This commonly-practiced form of fraud may cost merchants as much as $16 billion annually, and that figure grows each year.

Even though chargeback fraud is a known threat for online merchants, few have been able to devise an effective mitigation strategy. Usually, this unwillingness to confront the fraud is derived from an inability to fully understand its pervasiveness.

While it may seem like an odd research platform, Twitter actually provides a very compelling argument for the ubiquity of chargeback fraud.

To offer the most simple and straightforward chargeback fraud definition possible:

“Chargeback fraud (also known as "friendly fraud") occurs when a customer requests a chargeback from their bank, falsely claiming a transaction was illegitimate, instead of requesting a refund according to the merchant's return policies."

Chargeback fraud is such a common practice that fraudsters don’t even think twice about broadcasting their actions all over the internet.

This implies that chargeback fraud is a socially acceptable practice. Not only are consumers requesting illegitimate chargebacks, they aren’t afraid to admit to their actions. Chargeback fraud perpetrators exhibit no shame or remorse—and there certainly isn’t the social stigma commonly associated with other forms of theft.

@zexrca @deadsubs implying i dont chargeback every pizza i buy

I wasnt even gonna chargeback on my food today, I just opened my pizza and its burnt

These Tweets demonstrate not just the facts about fraud when it comes to chargebacks, but also the industry’s inability to mitigate this common trend. Consumers openly admit to fraud, yet there are no consequences for their actions.

As a result, cyber shoplifters aren’t deterred from trying again. Visa reports that 40% of consumers who engage in chargeback fraud will be repeat offenders within the next 90 days.

To make matters even worse, these bold and brazen acts of fraud empower others to follow suit. Twitter has become the training grounds for chargeback fraud and cyber shoplifting.

Someone teach me how to chargeback back this pizza?

Anyone who knows how to Chargeback dominos slide to dms

can you chargeback dominos more than once on same paypal or nah?

Someone chargeback a dominos for meeeee

@lordSND u can chargeback anything food related at the end of the day and jst say it was cold and soggy, but dominos dont check pp

Gone are the days when our society encouraged others to ‘do the right thing.’ Rather than chastise individuals who are hoping to get something for free, Twitter users provide tips and advice to other potential fraudsters. This inclination towards moral corruption is especially worrisome when considered alongside other societal trends.

Studies show merchants hear from just 4% of their dissatisfied customers; the remaining 96% won’t seek a resolution with the business. This corresponds with Chargebacks911's® proprietary research that shows only 14% of consumers contact the merchant to resolve a conflict, while 86% proceed directly to a chargeback.

While consumers won’t communicate with the offending merchant, they will voice their concerns online. News of bad customer service reaches twice as many people as praise for good experiences.

With more dissatisfied consumers voicing their opinions on social media and an increased number of individuals encouraging the practice of chargeback fraud, the situation will continue to worsen.

Twitter shows that consumers who take offence with a merchant’s actions feel justified in their request for a fraudulent chargeback—and plenty of Twitter users support and encourage this punitive behavior.

@mssparklez @Match If you used a VISA debit card and you would like to dispute the transaction (refund), ask your bank for a chargeback.

Was it Friendly Fraud or Merchant Error?

It’s easy to assume all friendly fraudsters are people who set out with the intention of getting something for free—the so-called "cyber shoplifters."

In reality though, a large portion of friendly fraud actually results from frustration with the customer experience, rather than malice on the part of shoppers. Anything from overly restrictive return policies to delayed emails will increase the risk of chargebacks.

So, is it friendly fraud or merchant error?

Merchants need to carefully consider the role they play in the customer experience and reevaluate what led to the chargeback. Could the transaction dispute be prevented, or is it impossible to please a finicky shopper?

I'm gonna give this guy 20 more minutes. If he don't answer it's chargeback season

Not every consumer who commits friendly fraud does so with premeditated ideas of stealing from the business in question. It’s entirely possible that the chargeback is just the result of a substandard customer experience.

Chargebacks911’s proprietary research has found that anywhere from 20-40% of chargebacks could be prevented by improving customer service and through adherence to business best practices.

It’s Time to Face the Reality of Chargeback Fraud

When consumers think so little of committing friendly fraud that they’re willing to brag about it on social media and encourage others to do the same, it’s clear that this form of consumer behavior has become an unmanageable situation.

The only way to affect change is to fight back. Merchants need to dispute illegitimate chargebacks to hold fraudsters accountable for their actions, raise awareness among issuing banks, and recover revenue that never should have been lost. 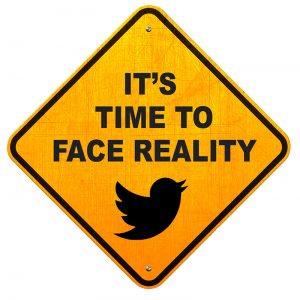 However, few merchants are willing to take such an aggressive stance against fraud. As Twitter shows, this permissive attitude empowers fraudsters and their illegitimate behaviors; a side effect which merchants likely didn’t anticipate.

Many merchants who don’t fight back against fraud will object to the practice because they are fearful of the results. Merchants are afraid of what will happen if they dispute a chargeback that isn’t friendly fraud.

The problem: friendly fraud is easy for consumers to disguise and hard for merchants to detect, and while fighting friendly fraud can recoup revenue, disputing legitimate fraud could lose a valuable customer. Fortunately, merchants don't have to choose between accepting chargebacks and alienating customers anymore. Click below to find out how.

4 Signs You’ve Been a Victim of First-Party Fraud

Friendly Fraud Cost: What Do You Lose to Chargeback Abuse?