More and More Streamers Suffer from Twitch Chargebacks Each Year

Livestreaming is, of course, already a major market, with Twitch.tv and other global platforms expected to generate $125 billion annually by 2021. The meteoric rise of the livestream has a downside, though, with Twitch chargebacks now a major concern.

We may be standing on the edge of the next great innovation in entertainment and communications. If businesses can’t find a way to rein in these payments disputes, however, the streaming community could be headed for disaster.

No Opportunity Without Risk 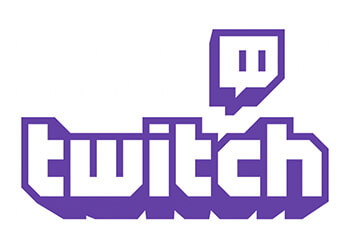 The advent of the livestreaming platform was a game changer in terms of how we consume and interact with content. Roughly two-thirds of all people between ages 18-34 report watching livestreaming content on a regular basis. Facebook, Youtube, and other platforms have joined in the livestream concept; it was Twitch, however, that made livestreaming a phenomenon.

As of December 2019, viewers watch nearly 900 million hours of livestreaming content on Twitch each month. eSports (competitive gaming) is overwhelmingly the most popular category of content, but there are also streams for artists, talk shows, events, board games, and more.

Millions of people around the world aspire to carve out a niche in the livestreaming landscape, and Twitch makes it possible to build a platform, grow a personal brand, and generate revenue. Top-tier streamers can take in thousands of dollars daily through a variety of revenue streams, including:

You may be among the millions of streamers hoping to leverage Twitch as a path to a career in professional gaming. Or, maybe you’re looking to generate passive income from the games you already play in your free time. In either case, you need to be aware of the reality of Twitch chargebacks, and how to mitigate your risk.

First, let’s do a brief rundown on chargebacks, how they work, and why cardholders file them in the first place.

A chargeback is a payment reversal carried out at the bank level. For example, if a fraudster stole a cardholder’s payment information and used it to complete a transaction online, the cardholder could request a chargeback through the bank that issued the credit card, and recover any funds lost.

Chargebacks fulfill an important role in the payments process. They offer a measure of insurance for consumers, which then ensures consumer confidence in digital payments. Although the chargeback system does work in some situation, chargebacks are increasingly being abused by cardholders.

Millions of eCommerce shoppers each year engage in a practice called “friendly fraud,” meaning they file a chargeback without valid justification. There are multiple reasons why they might do this, including buyer’s remorse, dissatisfaction with goods or services provided, or simple confusion about the proper refund process. With streaming, some people even file chargebacks as a malicious form of trolling. Whatever the reason, the end result is the same: lost revenue and added fees.

For merchants, including service providers, the cost of chargebacks increases each year. Losses topped $31 billion in 2017, and they’ve only continued to rise since. eCommerce merchants are already very familiar with chargebacks, but for most streamers, it’s probably an unfamiliar problem.

If you accept donations in the course of your livestream activities, you can be just as vulnerable to payment disputes as any online merchant. It’s devastating if you rely on streaming as a primary source of income, because not only do you lose the initial donation, but you could be required to pay added fees, meaning you actually lose money.

For example, let’s say you receive a donation via PayPal, then the donor disputes the charge. Not only will you lose the donation, but PayPal will charge you a flat $20 fee for that dispute. Donations aren’t covered by PayPal Seller Protection, nor by the PayPal Chargeback Protection. Thus, there’s no way to recover that fee.

Why is this happening? Why would your viewers donate, then turn around and dispute the charge? Well, the reasons vary. In some cases, a viewer might make a donation for more than that person can spare. The user might also forget about a donation, then notice the charge show up later on his or her statement and assume it’s fraudulent.

Worse, though, there are documented cases involving users who make donations already planning to file a chargeback. In one documented case, for instance, a viewer made several donations totaling $5,100 to a Twitch streamer, then filed chargebacks on all the transactions. When asked about the incident the user claimed his motivation was the “satisfaction of hurting everyone else, and the satisfaction that I just don’t care how anyone else feels.”

While that’s an extreme example, it’s not an isolated incident. Creators have complained about Twitch chargebacks for years:

THREAD: I want to talk to you all about chargeback trolling.

This hurts content creators. But you know who it BENEFITS?

Hey you fuzzbutt streamers. Be sure to click 'login required' for your streamlabs donation page if you're using that. Also heads up on first TWITCH CHARGEBACK BEWARE add 'randomgamer54__' to your ban list and streamlabs banned donos.

Dearest Twitch Peeps: If you can't afford to tip, don't. Streamers are delighted that you watch!! 😘 Nobody needs refund or chargeback woes 💜

If you chargeback streamers you’re actually the scum of Twitch js https://t.co/95j3DS43VL

Understandably, the site has now taken some steps to try and mitigate damage. For instance, the introduction of cheering back in 2016 gave streamers a way to collect tips from viewers using a proprietary currency, thus insulating users against chargebacks. This doesn’t really address the core issue, though: confusion about disputes, and the lack of a comprehensive, transparent solution.

Streamers are On Their Own

The resulting confusion and lack of clarity surrounding chargebacks creates an environment in which abuse can thrive. The phenomenon isn’t unique to Twitch, but because streamers are individuals, their options for outside help are limited. Outsourcing to a chargeback mitigation firm isn’t a realistic solution: as a Twitch streamer, you’re more or less on your own.

If you’re facing Twitch chargebacks, we recommend reviewing the chargeback representment process. Learning to manage disputes by creating compelling representment cases will make it possible to recover your donations and protect your income. You may not win every dispute, but recovering some of your cash is better than recovering none.

Types of Chargebacks
Join the conversation
Ready to get started?
We Take the Guesswork Out of Chargeback Management
Request a Demo