What is a Merchant Account Reserve? When & Why Do I Need One?

If there is one element of credit card processing that is universally dreaded by all merchants, it may be the merchant account reserve.

All merchant accounts present a certain amount of risk to processors and banks. You may be required to carry an account-level reserve to offset this risk. In simple terms, this a predetermined share of your funds held up-front by your acquiring bank.

Having this money set aside helps protect the acquirer against unforeseen losses. It insulates them against liability in the event of business failure, or a sudden surge in fraud or chargebacks. It makes sense, from the bank’s perspective. But, if you’re already dealing with the increased costs of a “high-risk” account, a merchant reserve will only add to your pain.

A merchant account reserve is a predetermined amount of a business’s revenue held in reserve by an acquiring bank. This reserve protects the banks against unforeseen liabilities in the event of fraud or chargebacks.

Maintaining a merchant account allows you to accept payment cards. Because acquirers earn money for transaction fees, it is in the bank’s best interest to offer merchant accounts to businesses.

Sometimes, however, a merchant may present a higher-than-normal financial risk for the bank. If that risk appears to be too great, the bank will simply refuse to provide a merchant account. In many situations, though, the merchant will be in a “gray” zone; they’re not high-risk enough to reject, but too risky to offer a basic merchant account without any assurances in place.

The funds held in a merchant account reserve are similar to an escrow account required for a loan. Acquiring banks extend a line of credit to merchants, floating the loan from the transaction through receipt of the cardholder’s payment. The bank then deposits the transaction funds into the merchant’s account.

If all credit card transactions were this simple, merchant reserves would not be necessary. However, some extenuating circumstances may apply.

Cardholders have the right to dispute purchases in the event of fraud, abuse, or error. Normally, when a chargeback is filed, your processor will refund the issuer, then recover the transaction amount from your merchant account. If you get hit with an unanticipated uptick in chargebacks, though, the outstanding liabilities may outstrip your account balance.

If you can’t cover the cost of these chargebacks, the acquirer will be held liable for them. So, by holding a merchant account reserve, your processor can ensure that their money is safe…even if it places additional hardships on you.

Who is Required to Have a Merchant Account Reserve?

Each processor has its own qualifying criteria for a merchant account reserve. As we’ve seen, though, it’s mostly the risk level you present to the processor that determines if a reserve is necessary.

Generally, all high-risk merchants will be required to maintain a reserve; usually from the very beginning of the merchant processing agreement. If your risk factor escalates later, your processor can mandate a reserve at any time. Some characteristics that may result in a high-risk designation include:

You acquirer might also impose a temporary account reserve at the beginning of a processing agreement. This reserve could then be removed after a predetermined length of time. More commonly, though, the reserve is enforced for the duration of the agreement.

Not all account reserves are created equal. Processors use different methods for obtaining and holding funds. However, reserves usually fall into one of these four categories:

When people talk about a merchant reserve, they’re usually referring to what’s called a “rolling reserve.” With a rolling reserve merchant account, a percentage of each credit card deposit is held in reserve for a predetermined time, then released. The amount held back is usually 5-15% of the account balance.

For clarity’s sake, let’s use 10% as the amount held back, with a 6-month hold. Each month, 1/10 of your sales will be deposited into your reserve. When you reach the 6-month mark, however, your reserve funds will start being released, based on how much was added 6 months prior.

The amount held in a rolling reserve remains constant. So, as funds get released (usually on a six-month schedule), new funds get added. The amount in the reserve “rolls” forward every month. There is no cap on how much your acquirer holds in reserve; it is a straight percentage of sales. However, the acquirer cannot hold funds for longer than the hold period.

A capped reserve account also accrues funds by withholding a percentage of monthly sales. There is one key difference setting it apart from rolling reserves, though.

Here, once the agreed upon cap (fixed amount) is reached, no additional funds will be held. The fixed amount—typically half the merchant’s monthly processing volume—will remain in reserve for the duration of the merchant agreement.

To illustrate, let’s say you process $10,000 in sales every month, and have a $5,000 capped reserve. The acquirer would hold back 10% ($1,000) of your sales every month until the cap is reached. At that point, no further funds are withheld.

Like capped reserves, up-front reserves require a fixed amount based on your expected monthly volume. This amount must be placed in escrow at the beginning of the processing agreement. However, your acquirer doesn’t hold any percentage of your monthly sales. Temporary reserves will typically be an up-front amount, but one that is released once the trial period has ended. 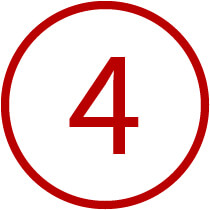 Individual processors may have their own proprietary arrangements in addition to the generic account types outlined here. For example, there is a PayPal reserve hold, an Amazon rolling reserve, a Stripe rolling reserve, and so on. These share much in common with a typical rolling reserve merchant account. However, they may have additional features or requirements unique to the brand.

When Do I Get My Money Back?

Technically, the funds in the non-interest-bearing reserve belong to you, as long as there are no outstanding debts owed to the bank. When you actually get access to those funds depends on multiple factors. Each processor, for example, has different criteria and policies regarding account reserves, based on credit history, business model, and industry norms.

The required minimum balance of a merchant account reserve and the duration of the hold will be specified in your processing agreement. A temporary reserve might only be needed until the perceived risk has decreased (or passed). Other reserves might not be released until the merchant account is closed in good standing.

A terminated processing agreement that is enforced by the bank means the account is not in good standing. The revenue hold could be extended indefinitely. In these situations, funds will be held until all risk has passed. Since most chargeback time limits are 120 days, the reserve will likely retain the merchant’s funds for at least 4 months.

Restricted access to the funds tied up in your merchant account reserve can cause cashflow issues and other problems. A high number of chargebacks can get your business labeled “high risk,” even if no other risk factors apply.

A merchant account reserve is a predetermined amount of a business’s revenue that is held in reserve by your acquiring bank. The reserve functions much like a security deposit or escrow account, protecting the financial institution from unforeseen liability.

Not all merchants. Generally, though, all high-risk merchants will be required to maintain a reserve due to risk factors. These may include dependence on card-not-present transactions, risky product offerings, high sales volume, or high average ticket amount. Since chargeback protection is one of the main reasons for merchant account reserves, having a high chargeback ratio is often enough for processors to require a reserve.

Yes. When accounting for the total revenue you have on your books, you must also account for the funds held in reserve, even though you don’t have access to them.

Is there more than one type of account reserve?

Yes. There are three common types of merchant account reserve: a rolling reserve, a capped or accrual reserve, and an up-front reserve. Of these, rolling reserve is by far the most widely used. Of course, some processors and FIs may also have their own proprietary systems in place.

Chargeback Thresholds: How Many is Too Many Chargebacks?