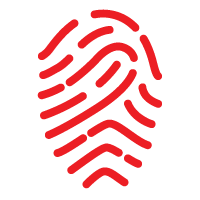 Payment card fraud is not a problem with a cure-all solution, and it’s not a matter that will simply go away on its own.

Confronting fraud requires a cooperative effort involving merchants, banks, processors, card networks and solution providers. Each has their own part to play in implementing new technological solutions to fight back against fraud, guided by human expertise and insight.

SDC Executive recently spoke with Chargebacks911® COO, Monica Eaton-Cardone, on the subject of biometrics—one of the most promising, potentially game-changing new technologies coming to the payments industry.

According to the 2015 Nilson Card Fraud Worldwide Report, global merchants suffered $16.31 billion in lost revenue in 2014 as a result of payment card fraud. Roughly $7.9 billion of that total—nearly half of all fraud losses—occurred in the United States.

As staggering as those figures are, it gets worse. The report suggests that payment card fraud will more than double by 2020, reaching an estimated $36 billion globally. According to a separate study by Juniper Research, ecommerce merchants will suffer the most, with more than 65% of that amount—approximately $25.6 billion—expected to be online fraud.

Is Biometric Technology the Future of Payments?

Biometric technology uses unique, biological traits to determine a person’s identity. Examples of these include:

Because biometrics are unique to each individual, these indicators can be used to identify cardholders with much greater accuracy and security than relatively insecure, existing tools like PIN or signatures. Another example of this would be MasterCard Identity Check, also referred to as "selfie pay."

For payment cards, fingerprint technology is one of the most promising of these biometric technologies. MasterCard and Visa are partnering with other companies to experiment with bringing fingerprint authentication to the market.

MasterCard announced their partnership with Norwegian company Zwipe back in 2014 to produce a pilot program, which they successfully tested among cardholders with Norway’s Sparebanken DIN issuer. Additionally, SmartMetric recently unveiled an EMV-compliant biometric credit card with a sub-micro fingerprint reader to verify the user's identity and activate the card.

With the introduction of fingerprint scanner-equipped payment cards, there is the potential that fingerprint technology could be standardized across payment channels. This offers a level of convenience, as cardholders often prefer different payment methods.

As when EMV technology arrived, this would not impact cardholder account numbers. Each bank's issuer identification number would remain the same.

Standardized Implementation is the Challenge

However, one of the primary challenges in implementing this new technology is in bridging the gap across channels, despite an inconsistent and variable environment. “With a growing number of criminals turning to CNP fraud, the industry urgently needs to provide biometric safeguards for online transactions,” Monica explains.

Because the bulk of fraud will land in the ecommerce environment, these new security technologies are most necessary online. Unfortunately, the fingerprint-enabled cards only work in collaboration with a card terminal, meaning they are of no use in CNP transactions.

Additionally, while new smartphones and payment cards may be fingerprint-optimized, older smartphones, as well as other devices like desktops and tablets, are not. This problem demonstrates a need for multiple different biometric options:

“The ability to embed miniature fingerprint readers within a credit card is an exciting development. However, I believe the payments industry could benefit substantially by leveraging existing facial recognition and voice recognition technologies to enhance the security of online transactions.”

Most devices, even ones that are several years old, will likely have a camera and/or a microphone. Therefore, offering a range of biometric validation techniques can be greatly effective against card-not-present fraud.

The Industry Needs a Dynamic Solution

Effective fraud prevention is not a matter of simply choosing the solution most likely to deter fraud. Reliance on one technology, whether it is fingerprint verification, fraud filters or even an advanced solution like OT’s Motion Code™ technology, will not provide the answer merchants need. Rather, the ecommerce industry requires a dynamic, multi-layered approach to fraud prevention.

Choosing just one solution is like choosing a net filled with holes; however, combining multiple solutions to complement one another turns your net into a near-impenetrable shield.