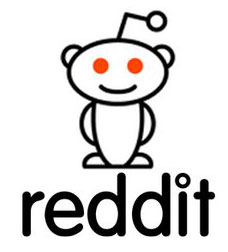 A recent scuffle between Sony and their customers illustrates the difficult situations surrounding chargebacks and begs the question: is it possible to take chargeback prevention too far?

According to reports on Reddit, several PlayStation Network members experienced fraudulent activity on their accounts recently. Accounts were hacked, passwords were changed, user access was denied, equipment was deactivated, and hundreds of dollars in unauthorized transactions were made.

This morning, I started receiving emails indicating a number of purchases on my PSN account. As the transactions came in, one-by-one, it became immediately clear that my account had been hacked.

Upon making the discovery, Kadjar claims he immediately contacted Sony to report the $600 in fraud, but was unable to secure a complete refund for charges that were not his.  Normally, a cardholder who has been victimized by fraud has the right to file a chargeback, but Kadjar also came across some shocking information.

I then asked about what would happen if I got my bank to reverse the charges, and he informed me that it would result in a banned account.

Before securing a PlayStation Network account, users must agree to the terms of service. One stipulation in the policy states that user accounts will be permanently banned if a chargeback is filed. Additionally, all previously purchased game licenses will be lost once the account is closed.

The terms of service listed on Sony Entertainment Network’s website are quite extensive; however, one reoccurring theme seems to permeate the content. There is little recourse for customers who seek financial compensation:

A community moderator on another Sony forum reiterated what Kadjar reported:

The PSN terms of service specifies that this will happen if you reverse a wallet funding charge. It doesn't matter whether it was by mistake, or deliberate.

A Direct Result of Friendly Fraud

Why does Sony take such a firm stance against chargebacks? Like all other card-not-present merchants, Sony has been persecuted by friendly fraudsters.

Friendly fraud happens when consumers request a chargeback from the bank rather than a refund from the merchant. This practice is very damaging for merchants, often resulting in severe fines and penalties.  Since chargebacks are meant to be a consumer protection mechanism there is little oversight and often never any investigation into the legitimacy of the claims a consumer makes.

Our society is dependent on instant gratification. For many cardholders, a chargeback is viewed as the no-hassle, money-back solution they’re looking for. In fact, more than 80% of chargebacks are actually cases of friendly fraud. Visa reports annual credit card transactions total more than $2 trillion. Of that, $765.9 million worth of transactions are disputed. In the end, friendly fraud costs merchants $11.8 billion annually (or $3.08 per dollar of fraud).

In an environment where there is little recourse for merchants who are victims of friendly fraud, it is no surprise that Sony has taken such a hardline stance. In an effort to compensate for inevitable chargeback fraud, merchants are passing the costs of chargebacks down to consumers.

However, in an attempt to hold friendly fraudsters accountable for their actions, this punitive policy inadvertently deprives innocent consumers of their right to protection. With ID theft contributing to 17% of a business’s fraud liability, consumers need protection against criminals. Chargebacks lose their efficacy as a consumer protection mechanism when either merchants or cardholders abuse the system.

Friendly fraud creates unfair punishments for both merchants and innocent consumers; it’s a difficult situation for everyone involved.

Potential Changes for the Future

Not only was Kadjar able to secure his own future, he might help improve customer service for other PlayStation Network members.

He also assured me that the Sony HQ had been made aware of my situation, and that they'll be examining the details to see if there ought to be a change to their policies.

Sony’s chargeback policy has certainly done one thing: it’s helped raise awareness about a very complex issue that many people are unfamiliar with.