Online gaming can be a fun, exciting pastime, and it’s attracting millions of new players each year. A massive sector of the digital economy, we can attribute 11% of total internet traffic globally to online betting. Incredible as that sounds, the online gaming market remains on a trajectory of rapid growth. 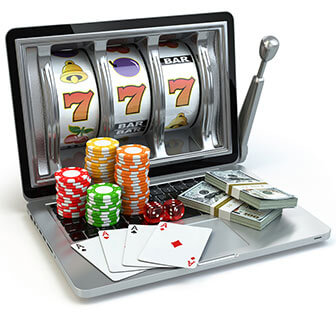 Traffic to online betting sites in the UK, for instance, is up 300% since introduction of the Gambling (Licensing and Advertising) Act of 2014. The mobile gaming market is the fastest growing segment of the market by a wide margin, now representing 43% of total traffic.

The financial impact of this rapid growth is staggering. According to Juniper Research, total online wagers—including casino games, sports betting, and other avenues—will reach nearly $1 trillion a year globally by 2023. That translates to nearly 1% of projected global GDP.

There are several factors at play here. First, we’ve seen a rise in the acceptability of online gaming among the general populace. Also, the increasingly-interconnected digital market makes it hard to enforce regional or national prohibitions. From every indication, we’re toward a market in which borderless online gaming seems more and more like a reality*. 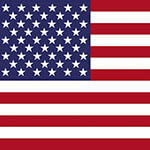 *Can I Accept US Players?
The US market is huge; it’s the world’s second-largest digital economy. But, it can be a complicated process for gaming sites looking to get a piece of the pie. Accepting bets online across state lines is illegal in the US. The law less clear, though, regarding US consumers placing bets with services based internationally [1]. However, most assert that accepting bets from the US is, in fact, legal [2].

Of course, as the market grows, so does the associated risk. Given the prospective growth in the industry over the next few years, we really can’t afford to be cavalier about fraud in the online gambling marketplace.

The Current State of Fraud in Online Betting

Fraud in the gaming industry is a serious concern. The ThreatMetrix Gaming and Gambling Cybercrime Report reveals that roughly one in every 20 new accounts created with an online gaming site is connected to online gaming fraud. The same report claims that bot attacks can account for up to half of daily traffic during peak attack periods.

Talk to the experts and start recovering revenue today.

One of the most common tactics employed in online gaming fraud is a form of synthetic identity fraud. First, a criminal creates dozens or even hundreds of accounts using fake user credentials. He may then use those fake accounts for multiple purposes:

These are just a few examples. Criminals can also engage in any number of common eCommerce fraud tactics, including account takeover and clean fraud.

What’s more, despite the prevalence of fraud in the online game space, it’s not easy to pick out fraud from legitimate users. For example, players often employ tactics like IP spoofing, VPNs (virtual private networks), and other techniques to hide their location. Using any of these techniques could be a sign of fraud…but that’s not necessarily the case. You could end up turning away legitimate buyers by accident.

Risk of Chargeback Abuse in the Gaming Industry

Customers have some recourse when they get burned by fraudsters, however. The legitimate cardholder can file a chargeback to recover the funds stolen by criminals. Chargebacks, as they were designed, are an important and useful fraud protection mechanism. Unfortunately, the merchant of record doesn’t have any such protections; what’s worse, consumer chargebacks often end up being used as a tool to commit fraud, rather than recover from it.

“Friendly fraud” occurs when a customer files a chargeback instead of trying to first obtain a refund from the merchant. For whatever reason, the authorized cardholder disputes a legitimate charge. This pushes the bank to force a refund under the pretense that the merchant made an error, or that the transaction was fraudulent.

Friendly fraud goes hand-in-hand with another tactic called “cyber shoplifting.” This occurs when a user completes a transaction with the preconceived intent to file a chargeback later. It’s a way of getting something for free. While the latter is more insidious, the result is the same: the cardholder gets the money back, while you lose out.

Of course, it’s not entirely hopeless. You can recover some of the money lost to friendly fraud and other online gaming fraud tactics through the representment process. This, however, involves in-depth knowledge of card scheme policies and regulations, and must be conducted on a very short timeline.

What Can Gaming Merchants Do?

Authenticating users and providing a quality customer experience is vital to prevent fraud and chargeback abuse. That’s easier said than done, though.

Th current situation puts online betting shops in a difficult position. Some degree of friction in the customer experience is necessary to deter fraud, but too much friction can turn away legitimate users. One report published by Jumio found more than 25% of potential online gambling customers abandoned the account opening process before completion, claiming the process was too lengthy or complex.

Merchants must balance the need of authentication with the demands of the customer experience. The only way to accomplish this is to separate positive points of friction from negative ones.

A “positive” friction point is one which presents a reasonable and minimal degree of friction that is ultimately negligible relative to the protection it provides. Some examples of positive friction include:

In contrast, “negative” friction slows down transactions and impacts the customer experience while providing little real protection against fraud and chargebacks. Examples of this can include:

No Strategy Will Ever Be Perfect

Even after adopting positive friction points and eliminating negative ones, you’re still not entirely protected.

As we discussed at the top, the gaming industry is a fast-moving space. The nature of the industry requires you to stay on top of technological advancement, as well as industry regulations, card scheme rules, international law…and more. That can seem intimidating, but partnering with industry experts to manage different facets of your business strategy can make it much easier.

Chargebacks911® is the leading brand in the chargeback management space. We partner with merchants, acquirers, and processors operating in the gaming space to produce real, lasting, chargeback reduction. Click below to learn how you can reduce costs and recover revenue today.